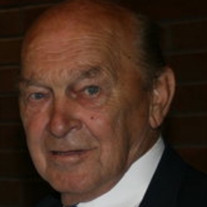 It is with a heavy heart that we share the passing of William Arthur Volkert, Sr., beloved father, grandfather, and great grandfather, mentor and friend. He passed away peacefully at his Old Bridge Township, NJ home Monday, August 30, 2021, at the age of 88. He is survived by his loving and devoted children, his son William Arthur Volkert Jr. and wife Susan of Old Bridge Township and his daughter Susan Jane Volkert Dinneny and husband John Jr, of Old Bridge Township, his seven adored grandchildren, Ashley Volkert Nocon, Emily Volkert Robinson, Hillary Volkert Torreso, John Dinneny III, Mallory Dinneny, William Dinneny, and Daniel Dinneny, his six cherished great grandchildren, Anabelle, Noah, Madelyn, Sydney, Hunter and Carson, his sister Doris Holden, and brother Robert Volkert. He is also survived by many nieces and nephews. William will be terribly missed by his family and will live in our hearts forever. He was born in Newark, NJ on January 5, 1933, as one of eight children to Herbert Sr. and Catherine Volkert relocating as a grade schooler to Old Bridge Township (known then as Madison Township) where he lived his life with meaning, purpose and compassion. He is pre-deceased by his parents, his brother Herbert Volkert Jr, his brother Richard Volkert, his sister Edna Burlew, his sister Norma Wallis, and his brother Victor Volkert. William served his community his entire adult life, beginning in 1951 enlisting in the US Navy during the Korean War, assigned to the Seabee Division on the commemorated aircraft carrier, USS Midway, of which he was extremely proud and honored. After his honorable discharge, his desire to serve was continued by joining the Old Bridge Township Police Force in 1955, retiring as Chief of Police in 1986. He was a dedicated member of the Navy Seabee Veterans of America North-East District and Member of the USS Midway Museum in San Diego. William was hardworking and accomplished much in his life. If he wasn't busy helping his children and grandchildren, he could usually be found in his garage aka "Pop's Workshop" tinkering daily where he enjoyed rebuilding small engines, sharpening tools, and refinishing furniture. What made him happiest, was to wholeheartedly and selflessly, love and support his family. His unconditional love was neverending and, for that, his family will always feel truly blessed. The family will receive guests Thursday, September 2, 2021, from 4-8 pm at Old Bridge Funeral Home located at 2350 Route 516 (Old Bridge/Matawan Road), Old Bridge, NJ. A Catholic funeral mass will be held 10 am Friday, September 3, 2021, at St. Lawrence Church, 109 Laurence Parkway, Laurence Harbor, NJ. Burial will follow at Clover Leaf Park Cemetery, Woodbridge. In lieu of flowers, memorial contributions can be made in William's name to the Wounded Warriors Project @support.woundedwarriorproject.org.

It is with a heavy heart that we share the passing of William Arthur Volkert, Sr., beloved father, grandfather, and great grandfather, mentor and friend. He passed away peacefully at his Old Bridge Township, NJ home Monday, August 30, 2021,... View Obituary & Service Information

The family of William A. Volkert created this Life Tributes page to make it easy to share your memories.

It is with a heavy heart that we share the passing of William...

Send flowers to the Volkert family.