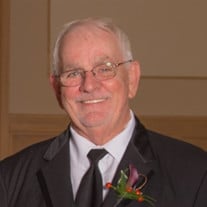 Thomas Paul Rafferty passed away into eternal rest on Sunday, November 7, 2021 at his home in Manalapan, New Jersey. He was seventy-nine. Mr. Rafferty was the father of Devin and Dana, father-in-law of Katy Rafferty, and Grandpa 'Meow-Meow' Tom to Conor and Ethan. Originally a native of Trenton, New Jersey, Mr. Rafferty was predeceased by his parents, Elizabeth and Michael, his brother, Joseph, and sister, Joan. In addition to his children, Mr. Rafferty is survived by his sister, Barbara Holohan and her husband Matthew; his sister-in-law Elaine Rafferty; niece Michelle Guerino,her husband Joe, and their two children Sofia and Eva; niece Cynthia Rafferty; and nephew Michael Rafferty, his wife Adara, and their daughter Peyton. Mr. Rafferty completed his secondary education at Trenton Catholic High School, and proceeded to attend St. Mary's College and Seminary in Baltimore, Maryland, ultimately graduating with both Bachelor's and Master's degrees in Theology. Upon finishing his postsecondary training he was ordained a Catholic priest by the Diocese of Trenton, and served at the Immaculate Conception Church in Somerville and Saint Ambrose Church in Old Bridge. From among his many different responsibilities, he derived a special sense of purpose when working with young people, marriage encounters, and the elderly. After leaving Saint Ambrose, Mr. Rafferty married and earned a Master's degree in Social Work from Rutgers University. He also became employed by the New Jersey Division of Human Services, with his primary role being to provide Medicaid services to the poor and disabled. Upon retirement, Mr. Rafferty's ministry included caring for hospice patients in Essex and Hudson Counties through Compassionate Care, Inc. and providing spiritual support and services to those in non-denominational communities. Aside from his private family life, there was no better joy he ever experienced than that associated with being able to provide terminally ill patients with their final last adventures. In his social life, Mr. Rafferty volunteered in Old Bridge with many youth sports leagues; was a member of the Friendly Sons of Shillelagh and later the Old Bridge Elks Lodge; volunteered at events for children with disabilities; and actively participated in the Special Olympics, particularly its sailing program. In addition, in his later years he became a relatively avid traveller. Mr. Rafferty's life was dedicated to serving others in whatever capacity he could, and in lieu of flowers, his children request that donations be made to TA-DA! Productions at 20 Collier Lane, Morganville, New Jersey, 07751, a theater group for young adults with special needs, of which Mr. Rafferty's daughter, Dana, is a Founding Member and remains an active participant. Visitation will be held on Saturday, November 13, 2021 from 9:00 AM - 11:00 AM with a Funeral Service to follow from 11:00 AM to 12:00 PM at Old Bridge Funeral Home, 2350 Rt 516 Old Bridge, NJ 08857.

Thomas Paul Rafferty passed away into eternal rest on Sunday, November 7, 2021 at his home in Manalapan, New Jersey. He was seventy-nine. Mr. Rafferty was the father of Devin and Dana, father-in-law of Katy Rafferty, and Grandpa 'Meow-Meow'... View Obituary & Service Information

The family of Thomas Rafferty created this Life Tributes page to make it easy to share your memories.

Thomas Paul Rafferty passed away into eternal rest on Sunday,...

Send flowers to the Rafferty family.