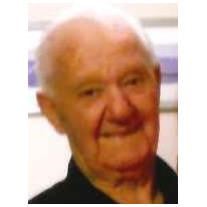 Thomas D. Gallo, Sr., of Keyport, NJ, passed away peacefully October 16, 2017. He was known by several nicknames, including "Pop", "Mozzi", "TG" and "Tom the Plumber." He was a husband, father, uncle, great uncle, grandfather, great grandfather and a friend to many. He was raised in the "Genoa" section of Cliffwood where just about everyone worked on a farm or at the local brick factory. His parents, Cristo/Cricenzio and Mary/Maria Romanio (names varied in records) emigrated from Italy. They were approved as citizens along with their three children, Edward, Tony and Lucia on April 28, 1921. Sister Constance and TG were born in the US. He was honorably discharged after serving two years in the United States Army during World War II receiving the Victory Medal and the America Campaign Metal. TG is a Life member of the Veterans of Foreign Wars. He was a valued baseball player and Vice President of the Genoa Indians along with Justin Rosato, John DiPoalo, Richard Rossi, Louis Barbetta, Jack Donatelli, Tony and Lindy Mancini and more. TG was a NJ State licensed Master Plumber, although he could be found with a cue stick in his hand as well as a pipe wrench. An avid fan of horse racing and NJ Lottery tickets, he was a generous person always willing to help anyone. He is survived by his three children, Florence May, Tom and Deborah Gallopo and many, many nieces, nephews and lifelong friends. The family thanks everyone who, over the many years, especially the last two decades, adopted TG as their own. You made his life special and full.All are welcomed to the viewing Wednesday, October 18, 2017, at Bedle Funeral Home, 61 Broad Street Keyport, NJ at 2 to 4 p.m. and at 7 to 9 p.m. and the Celebration of Life on Saturday, October 21, 2017 at the Uptown Bar, 32 Broad Street, Keyport NJ, from 2:00pm to 5:00pm.

The family of Thomas D. Gallo created this Life Tributes page to make it easy to share your memories.

Send flowers to the Gallo family.