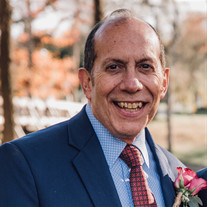 Tom Cosentino, of Parlin, NJ and formerly Howell and Morganville, passed away November 30, 2021, at Jersey Shore University Medical Center. He was 59. Tom was a Bronx native and long-time New Jersey resident. He graduated from Christopher Columbus High School and St. John's University with a degree in sports administration. A veteran publicist and public relations professional, Tom began his career in 1983 as a media relations intern with his beloved New York Yankees. From publicity director at Yonkers Raceway to working championship boxing and launching the Ted Williams Card Company, his diverse practice spanned sports and events to, later, public affairs. He was instrumental in passage of direct shipping legislation to support New Jersey's burgeoning wineries. That advocacy led him to his most recent position as executive director of the Garden State Wine Growers Association, where he brought regional and national attention to the award-winning work of the industry. He welcomed sharing his decades of experience with the future of the trade, teaching as an adjunct, guest lecturing, and mentoring interns. Tom was also a board member of the Jersey Coast Chapter of the American Red Cross. His greatest achievement and source of most pride was his family. Tom was a voracious reader and enjoyed nostalgia for classic cartoons and television. He was well-admired, charitable, and a great conversationalist on sports to politics and more. A good book, glass of wine, and great company were among his simple pleasures. All who knew and loved Tom knew the true strength of his heart. Tom was uplifted by his devout Roman Catholic faith. He was an active parishioner of St. Clement Church, Matawan, for over 25 years, where he served as a Eucharistic and bereavement minister, past-president of the Holy Name Society, Fourth Degree Knight, and member of the finance council. He is preceded in death by his parents, Arthur and Rose Cosentino, brother Frank, and sister Geraldine. He is survived by his loving wife of 32 years Ann; son John and wife Jessica, and granddaughter Diana; son Mark and wife Allison; and his mother-in-law, Hilda Marotta. Relatives and friends of the family are kindly invited to attend Visitation Friday, December 3, 2021 from 5 pm to 9 pm at St. Clement Church, 172 Freneau Avenue, Matawan, NJ 07747. A Mass will be held on 10 am, Saturday, December 4, 2021 at St. Clement Church and Interment to follow at St. Gabriel Cemetery and Chapel Mausoleum, 549 County Road 520, Marlboro, NJ. Memorials in his name are suggested to the American Red Cross or to the American Heart Association.

Tom Cosentino, of Parlin, NJ and formerly Howell and Morganville, passed away November 30, 2021, at Jersey Shore University Medical Center. He was 59. Tom was a Bronx native and long-time New Jersey resident. He graduated from Christopher Columbus... View Obituary & Service Information

The family of Thomas Cosentino created this Life Tributes page to make it easy to share your memories.

Tom Cosentino, of Parlin, NJ and formerly Howell and Morganville,...

Send flowers to the Cosentino family.