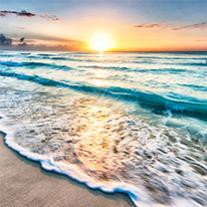 Ruth Gabel Hutchins, 92, died Friday, Sept. 8, 2017 at the Brackenville Center, Hockessin, DE after living with Alzheimer's disease for the last 10 years. Her husband of 65 years, William Charles Hutchins, died earlier this year on May 8. She was born on May 17, 1925 to the late Phillip Henry and Elizabeth Livingstone Gabel and raised in the area known as Park Slope in Brooklyn, NY. She was a graduate of Manual Training High School in Brooklyn and was a billing clerk for the Bell Telephone Company in New York City for several years.Family and friends were Ruth's passion and delight. She grew up spending summers at Cedar Grove Beach Club on Staten Island, N.Y. and thoroughly enjoyed athletics and rooting for her favorite baseball team the Brooklyn Dodgers.She met her husband Bill at a church single's dance and they were married on Nov. 8, 1952.She and Bill raised their three sons in Matawan, N.J., where she was involved in local politics and their church, First Presbyterian, where she sang in the choir for many years. She enjoyed her time in Matawan and made many lifelong friends. In 1981 she and Bill moved to Turnersville, N.J. to be closer to his work at the Salem Nuclear Power Plant and they retired to Toms River, N.J. in 1995. As their health declined they moved to Delaware to be closer to their oldest son Bill Jr. and his family.Ruth will be missed by her three sons, William Jr. and his wife Mary of Hockessin, DE, David and his wife Barbara of Middlesex, NJ and Andrew of Toms River, NJ. She is also survived by five grandchildren, Sarah Meldrum (Sam), Mary Keino (Andrew Kiptoo), Elizabeth Dorsey (Timothy), Kimberly Hutchins and her fiancé John Erbicella and David Jr. and two great-grandchildren, Charles and Eloise Meldrum. She is also survived by a sister-in-law Patricia Gabel, Poughkeepsie, NY and several nieces and nephews. Besides her parents, she was preceded in death by her brother Phillip Henry Gabel, Jr. and a sister Elizabeth "Betty" Bruce.The family is planning a memorial service at Bedle Funeral Home in Matawan, NJ on Sunday, Nov. 12 at 1 p.m. A luncheon will follow for friends and family at Bart's Restaurant in Matawan, N.J. A private graveside service will be held at the convenience of the family. The family wishes to thank the staff who cared for her at the Brackenville Center and Compassionate Care Hospice. Contributions in her memory may be made to Alzheimer's Association Delaware Valley Chapter, 399 Market St. Suite 102 Philadelphia, PA 19106.

Ruth Gabel Hutchins, 92, died Friday, Sept. 8, 2017 at the Brackenville Center, Hockessin, DE after living with Alzheimer's disease for the last 10 years. Her husband of 65 years, William Charles Hutchins, died earlier this year on May 8. She... View Obituary & Service Information

The family of Ruth Hutchins created this Life Tributes page to make it easy to share your memories.

Send flowers to the Hutchins family.