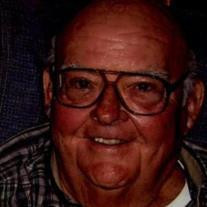 Robert Vaughn passed away on Thursday, July 23, 2015 at Bayshore Community Hospital after a lengthy struggle with heart and lung diseases. Robert was born July 15, 1940, in Washington, DC, to Dorothy Hodgdon Vaughn and James Bennett Vaughn. From the age of five he was raised in Brooklyn, NY, by his loving parents, Martin and Dorothy Stiansen. Joining the Navy Reserves at the age of 16, Bob was called to active duty in 1958 and served aboard the Destroyer Escort USS Roy O'Hale until 1960. In 1964 he graduated with a BA in Business Management from Augustana College, Sioux Falls, SD. There he met his wife, Marian Heide. They were married on June 5, 1965 at Canton Lutheran Church in Canton, SD. After living in New York, Chicago and St. Louis, they settled in Matawan, NJ in 1973. After a satisfying and interesting career in business (industrial sales), Bob retired in 2007. He was an avid reader, former runner/jogger, and enjoyed frequent visits to the health and fitness center. He loved his family and friends, and was an enthusiastic fan of the New York Giants and New York Mets, as well as any underdog. His quick sense of humor and hearty laugh were enjoyed by all who knew him. Bob is survived by his wife of 50 years, Marian Heide Vaughn; their son, Christopher Martin Vaughn and his wife Michele of Cliffwood, NJ, and their daughter Heidi Lee Garand of Matawan, NJ, and Marcus of Freehold, NJ; three beautiful grandchildren: Christopher Robert Vaughn, Isabella Rose Vaughn and Taylor Elizabeth Garand; his brother, Martin Stiansen and his wife MaryAnn of Mt. Bethel, PA, and four sisters-in-law and numerous nieces and nephews.A memorial service will be held on Saturday, August 22, at 2pm at Cross of Glory Lutheran Church, 95 Cambridge Drive, Aberdeen, NJ. In lieu of flowers, donations to Cross of Glory Lutheran Church would be appreciated. All arrangements have been entrusted to the Bedle Funeral Home, 212 Main St. Matawan, NJ 07735. Please visit Robert's memorial website available at www.bedlefuneralhome.com.

The family of Robert Hunt Vaughn created this Life Tributes page to make it easy to share your memories.

Send flowers to the Vaughn family.