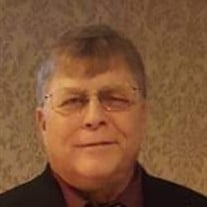 Richard Walter Kushner, 64, of Old Bridge died on Saturday October 30, 2021 at Bayshore Medical Center, Holmdel. Richard was born in New Brunswick, NJ the son of Fredrick and Patricia (Willis) Kushner. Richard loved sports and after playing football and baseball at Cedar Ridge High School won a football scholarship to Kansas Wesleyan University. He went on to work with his father and eventually took over the family business EKR General Contracting, Old Bridge. His company built many homes and buildings in Old Bridge and the surrounding areas. Richard loved to fish, hunt, and also enjoyed many hours of playing golf. He was a member of the Old Bridge Rotary Club and spent time being an Old Bridge Little League coach. In his later years, Richard enjoyed taking day trips with his wife to the casino or going to nice dinner down the shore. Most importantly, Richard loved spending time with his family. His wife, children and grandchildren were his life, he was very proud of them and their accomplishments. Richard was friends with everyone and loved telling stories about his life. He fought a tough battle for many years and always found a way to stay positive. He will be greatly missed by many of his loved ones and his stories will live on forever. Richard was predeceased by his father, Fredrick and his brother-in-law Tom Ash. He is survived by his loving wife of 42 years, Janet Costa Kushner, his children and their spouses, Erica and Timothy MacLellan, Kerri and Erik Richardson, Richard and Lauren Kushner, and Rebecca Kushner and Kevin Cole, his mother, Patricia Willis Kushner, his sister, Patricia Ash, brothers and sister-in-laws, Keith and Stephanie Kushner and Scott and Kristen Kushner, 8 grandchildren, Caitlynn, Ryan, Brielle, Sadie, Scarlet, Kinsley, Richard and Remy and his in-laws, Susan and Joseph Bogansky and Alyson and Raymond Kelly. Visitation will held Thursday November 4, 2021 from 4:00 to 8:00 PM at the Old Bridge Funeral Home 2350 Route 5167, Old Bridge, NJ His funeral service will be held on Friday November 5, 2021 at 10:00 AM at the Trinity Presbyterian Church, 367 Cranbury Road, East Brunswick, NJ. Interment will follow at Old Tennent Cemetery, 454 Tennent Road, Manalapan Township. Memorial donations in his memory are requested to the Edward S. Harkness Eye Institute at: www.givenow.columbia.edu/# Columbia Giving With your support, Columbia will do more for our students and the world. Choose where to make an impact as you give through Columbia to address the world's most urgent issues. www.givenow.columbia.edu

The family of Richard Walter Kushner created this Life Tributes page to make it easy to share your memories.

Send flowers to the Kushner family.