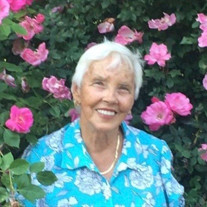 Beloved wife, mother, mother-in-law, grandmother, sister, sister-in-law, aunt, and friend. On February 17, 2022, Patricia (Grippen) Rico passed at home surrounded by her loving family. Pat was born in Princeton, NJ, on March 17, 1936 to Joseph and Nellie (Collier) Grippen. She grew up in Lakewood, NJ often reflecting fondly on her childhood memories both there and on Long Beach Island. She studied at the Academy of Dramatic Arts and American Theater Wing. On October 17, 1959, she married the love of her life Ronald Rico. They moved to Old Bridge, NJ residing there for 35 years before following their love of the water and moving to Bayville, NJ where she maintained a home in addition to her current residence in Dania Beach, FL. Pat led a full life driven by her love for her family. She worked as a lunch mom in the Old Bridge school system, an Avon lady, and was a trail blazer for women entering the field as a successful agent and manager at Prudential Insurance where she worked for 20 years, retiring in 1995. Pat was a friend to many and it was no surprise that in addition to her professional success she developed and maintained some of her most treasured friendships with not only her colleagues, but also with her customers, and clients as well. Many admired Pat's positive, optimistic attitude, and her ability to be of comfort to others even in the most trying of times. Pat was preceded in death by her parents, Joseph and Nellie Grippen, her brothers Joseph and Albert Grippen, her sister Gloria Karwasinski, and her beloved husband of 42 years, Ronald Rico. She leaves behind her daughter Valerie Maglione and husband John, her son Ron Rico and wife Misty and her grandchildren, Christopher Maglione and wife Gina, Nicholas Maglione and wife Jessica, and Ronnie Rico. Visitation will be held Monday, February 21, 2022, from 4:00 PM – 8:00 PM, at the Old Bridge Funeral Home, 2350 Route 516, Old Bridge, NJ. A funeral liturgy will be celebrated at 10:30 AM on Tuesday, February 22, 2022 at St. Ambrose Church, 81 Throckmorton Lane, Old Bridge, NJ. Repast to follow. In lieu of flowers and for those who desire, memorial contributions may be sent to: Friends of Barnegat Lighthouse State Park Charity Navigator.

The family of Patricia Rico created this Life Tributes page to make it easy to share your memories.

Send flowers to the Rico family.