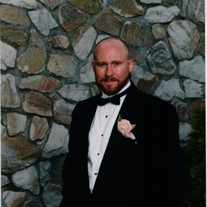 John Benton Doby Jr., a New Jersey native, passed away on August 16th, 2021 at the age of 53. John was born September 21, 1967 in Newark, NJ. He attended Matawan Regional High School and earned a Bachelor of Fine Arts Degree from The School of The Art Institute of Chicago, in 1990. John worked for ten years as a First Assistant Director and Production Manager, in New York City's independent feature film and television production industry, during which he had the opportunity to work alongside a plethora of industry professionals and celebrities. John was credited as Event Coordinator for the Directors Guild of America's 48th Annual Awards Dinner, in New York City, 1996. In addition, he was employed as On2.com's Production Manager, where he supervised the co-sponsor's video coverage and celebrity interviews, at the 2000 Critic's Choice Awards, in Beverly Hills. Having written several, original, feature-length screenplays, John was fortunate to have won 1st Place, out of over 300 entries, for Best Original Pilot, in the Scriptapalooza TV writing competition, in Los Angeles, 2001. Soon after, he went on to co-produce and co-direct the award-winning cable series pilot, "Hey Paisan!". The film was an Official Selection of The New York International Independent Film and Video Festival, premiering at the Clearview Cinema in New York City, and in Los Angeles, at the Vogue Theater. John had been granted a written license by the Sir Arthur Conan Doyle Literary Estate to use the Sherlock Holmes' characters and their names, in his script. John had successfully completed the Writers Boot Camp 22-month long, intensive career development program for screenwriting, in 2005. He later went on to win one of the top 11 prizes, out of over 7,000 screenplay entries, for the submission of his feature film script, "Sherlock Homie", in the Screenwriting Expo 4 Screenplay Competition, in Los Angeles, and as a result, appeared in a prerecorded segment, called "Pitch To America", on The Tonight Show with Jay Leno, which aired on national television in 2005. Most recently, John helmed the sci-fi/thriller feature film, "Again", which he also wrote, produced, directed, edited, and stared in. He was also in the development of a celebrity travel series, called "Hometown, U.S.A.", for which he independently produced its pilot episode. Additionally, John played the role of Lord Quintin Capone in "The Rise of King Asilas", an audio drama for the New Kingdom Radio Theatre. John is survived by his mother, Barbara Anello Petolino, his sister, Barbara Gonzalez, and his son, Austin John Doby. He was preceded in death by his father, John Benton Doby Sr., and step-father, Michael Vincent Petolino. Visitation will be held on Saturday, August 21, 2021, from 1:00pm - 5:00pm and Funeral Service at 4:15pm at Waitt Funeral Home and Cremation Service, 501 Hwy. 79, Morganville, NJ, 07751.

John Benton Doby Jr., a New Jersey native, passed away on August 16th, 2021 at the age of 53. John was born September 21, 1967 in Newark, NJ. He attended Matawan Regional High School and earned a Bachelor of Fine Arts Degree from The School... View Obituary & Service Information

The family of John B. Doby, Jr. created this Life Tributes page to make it easy to share your memories.

Send flowers to the Doby family.