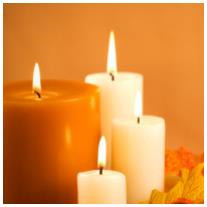 Dr. Jeanette Therese (Coe) Ainsworth, a resident of Ararat, Virginia, died on February 24, 2018 at the age of 91. She was born in Jersey City, New Jersey on June 17, 1926, the first of three daughters of James A. and Gertrude (Clark) Coe. Her early years were spent in the family bungalow on Yetman Avenue in Tottenville, Staten Island, New York where her family had moved in the early 1930s. She attended Our Lady Help of Christians Catholic School and later St. Peter's High School in New Brighton, Staten Island. After graduation from high school in 1939 and a brief period working for the B & O Railroad Office in New York City, she travelled west to marry her long-time boyfriend, Charles H. Ainsworth, Sr. They wed at the Church of the Holy Ghost, Denver, CO on February 22, 1944, beginning a marriage that would last 53 years. After her husband, who was then serving in the US Army Air Corps, was deployed overseas, she returned to her parents' home in Tottenville. Following her husband's return from his service in the Pacific, they both focused on their construction of their new home together in Robertsville in rural Monmouth County, NJ beginning in 1950, accomplishing most of the actual construction on their own. The Cape Cod style home became their anchor and base for the next 38 years; it was the first home of their six children, a place where the gardening, harvesting, canning and freezing of food was an annual occurrence; it was the center for large family Thanksgiving celebrations prepared by Jeanette, and a place of memories that included music lessons, 4-H Clubs, neighborhood gatherings and the occasional raising of ducks, chickens, horses and dogs. In the late 1950's a promise Dr. Ainsworth and her husband, Herb, had made to each other in their youthful courtship came to fulfillment - the pursuit of advanced educations. Despite the challenges of parenting a large family, and the birth of their fifth child in 1959, Jeanette accompanied her husband and enrolled in a B.A Degree program at Rutger's University in 1960. Both completed their degrees in 1968; Jeanette proudly graduated with a perfect average and a major in English. Inspired by professors and encouraged by her husband, she continued her education, achieving both MA (1970) and PhD (1979) degrees in comparative literature, again with perfect grade point averages. While completing her own academics, she was also engaged in a fulltime teaching position in Rutger's University College program for adults, who like herself, had returned to school later in life to complete their degrees. Balancing career and family life, she became an inspiration for many adults, as well as for her children, all of whom completed bachelor degrees and in some cases, advanced degrees as well. From 1972 to 1980, she served as Assistant Coordinator and Instructor in the Rutgers Open University Humanities Program and served as Acting Coordinator of the Program in 1976 and 1977. With the Coordinator, she planned, developed, wrote, edited and tested the Rutgers Open University course and text, Basic Concepts in the Humanities. In 1980 Dr. Ainsworth became Assistant Professor of English and taught basic writing, business writing and analytical reading courses. In 1981 she obtained funding for and established the University College Writing Center and became its Director, selecting, training and supervising the staff, and preparing special programs of study for underprepared students. In 1985 Dr. Ainsworth retired, followed shortly thereafter by her husband. Acknowledging that their once rural community in NJ that they loved so much had developed a strong, suburban feel, they began to seek once again the tranquility of a rural environment. Their search resulted in a move to Ararat, Virginia in 1988. Retirement also meant that there was time to travel to places about which they had often dreamed. Among their trips were visits to Barbados in 1993, Bonaire in 1994 and 1995, and travels in England in 1986 and 1995, where they were able to explore some of the genealogical origins of the Ainsworth Family in Cocky Moor, also known as the Parish of Ainsworth, and Smithills Hall near Bolton. Dr. Ainsworth is survived by her sister Joan Marie Fenner (Edenton, NC); three daughters, Jean Marie Manfra and her husband, Howard, (Newton, NJ), Dr. Dorothy Marie Ainsworth and her husband, Dr. Steven Eicker (King Ferry, NY), and Samantha Ann McDonald and her husband, Paul McDonald (Raleigh, NC) and two sons, Charles H. Ainsworth, Jr. and his wife, Dr. Maryan W. Ainsworth (Old Greenwich, CT) and Robert J. Ainsworth and his wife Nancy L. Ainsworth (Stella, NC); five grandchildren, Sean Mendres (Newton, NJ), Amber Mendres-Smith and her husband Russell Smith (Chester, MD), Clark E. Ainsworth and his wife, Andreza S. Ainsworth (Sao Paolo, Brazil), Robert J. Ainsworth, jr. and his wife Holly M. Ainsworth (Fuquay-Varina, NC), and Charles D. Ainsworth and his wife Jennifer Ainsworth (Raleigh, NC) and one great grandchild, Lena Jean Smith (Chester, MD). Her parents were the late James A. (d. 1981) and Gertrude C. (Clark) Coe (d. 1987) of Blairstown, NJ. She was also predeceased by her husband, Charles H. Ainsworth, Sr. (d. 1997), her sister Miriam Loyola Coe, known as Sister Mary Andrew of the Sisters of the Presentation, Tottenville, NY (d. 1971), and her fourth child, James Douglas Ainsworth (d. 1967). Messages of condolence may be sent to the family at 15 Park Avenue, Old Greenwich, CT 06870. In lieu of flowers, please consider a memorial donation to Cystic Fibrosis Foundation, Charlotte, NC Chapter. Interment will take place on Friday, March 2, 2018 at 1:30 pm at the Old Tennent Cemetery, Tennent, in Monmouth County, New Jersey. A memorial service will be scheduled in the coming weeks at The Fellowship Church in Ararat, Virginia.

Dr. Jeanette Therese (Coe) Ainsworth, a resident of Ararat, Virginia, died on February 24, 2018 at the age of 91. She was born in Jersey City, New Jersey on June 17, 1926, the first of three daughters of James A. and Gertrude (Clark) Coe. Her... View Obituary & Service Information

The family of Jeanette C. Ainsworth created this Life Tributes page to make it easy to share your memories.

Send flowers to the Ainsworth family.