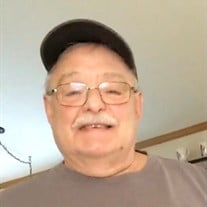 Frank V. McCleaster Sr. 69 Frank was born March 8, 1952, in Long Brach New Jersey. Frank was a lifelong resident of Hazlet New Jersey and graduate of Raritan High School. He was a faithful and loyal public servant, working for the Matawan Borough Public Works Department. He served the public for over 35 years, serving as an Assistant Forman of the Water Department and Department of Buildings and Grounds, retiring in 2011. He was also a member of the Matawan Borough Volunteer Fire Department, Hook and Ladder Co. #1. During his over 40 years of active firefighting duty, he held the rank of Assistant Fire Chief for over 12 years and an additional 3 years as the Chief of the Department. His involvement in fire service also included serving as President and Life Member of the Bayshore Active Fire Chiefs Association and membership with the New Jersey State Fire Chiefs Association. He always cherished his time with the Fire Service and the privilege to serve the public. The only thing that he cherished more was spending time with family, friends and his dogs; hunting, fishing and sitting around a fire pit for a few drinks and a lot of laughs. To the people in his life, he was known to wear many different hats; friend, mentor, leader, husband, dad, and pop-pop, to name only a few. But anyone who knew Frank, he was that happy go lucky guy with a huge heart and hearty laugh. He will be greatly missed. He is survived by his wife Susan of over 43 years, son Frank Jr and wife Tina, daughter Karen and husband Ryan, Grandchildren Isabella, Jemma, Zoey, and Jackson, his pup Diesel and his loving extended family. In accordance with his wishes, services were held in a small ceremony with family and close friends requesting donations be made in his name to the Saint Barnabas Burn Center at: https://www.rwjbh.org/saint-barnabas-medical-center/giving/give-now/ . Designate the Burn Center from the drop-down menu..

The family of Frank V. McCleaster Sr. created this Life Tributes page to make it easy to share your memories.

Send flowers to the McCleaster family.