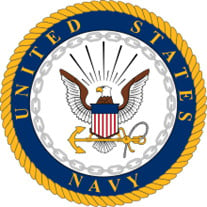 Francis "Frank" Alfonso Annunziata Jr, 78, of Neptune, passed away on February 4, 2022 at Jersey Shore University Medical Center, Neptune. He was born on August 30, 1943 to the late Frank and Eleanor Annunziata in Westfield , NJ. Francis worked as a number of positions but retired from NWS Earl as a Transporation Operator. Frank faithfully served the Hamilton Fire Company (Neptune Township) for over 60 years. In addition to being a Fireman, he was a life long member of American Legion Post 346, and active in the Asbury-Wall Elk Lodge 128. He was preceded in death by his parents, wife, Caroline Annunziata, sister Jan Deeves. Frank is survived by his sons, Frank Annunziata and wife Jen of Neptune, Paul Annunziata and wife Anita, of Neptune; daughter, Carrie and Steve Lemoine of Howell; his four beloved grandchildren Nick, Joey, Jonathan, Madison and his partner Jill Goodman. He is also survived by many loving family members, sisters, nieces, nephews and friends. Family and friends are invited to remember Frank, during visitation, which will be held on Wednesday, February 9, 2022, from 4- 7 PM with a funeral service at 6:30 PM at Oceanside Memorial Home, 2014 Main Street Lake Como, NJ 07719. He will be laid to rest with honors at Brig William C. Doyle Veteran's Cemetery in a private ceremony. In lieu of flowers memorials are suggested to the K9's for Warriors, 114 Camp K9 Rd, Ponte Verda Florida 32081. Online condolences can be given at www.oceansidememorial.com.

The family of Frank Annunziata created this Life Tributes page to make it easy to share your memories.

Send flowers to the Annunziata family.