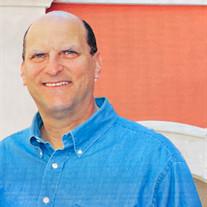 Dr. David E. Schaub, 66, of Morganville, NJ, passed away on Sunday, December 26, 2021, at the Bayshore Community Hospital in Holmdel, NJ surrounded by his family and friends. David was born in 1955 to his proud parents, Robert Eugene and Angela Ann in Teaneck, NJ. The Schaub family resided in Upper Saddle River, NJ, in a large center hall colonial that clung precariously from the top of a deep ravine. The house would defy gravity for over 40 years and become the beloved family home for David and his three siblings, Roberta, Mark, and Lisa. As a young child, David enjoyed swimming and fishing at Grandma Schaub's bungalow down the Jersey Shore. His high school years were spent at Don Bosco Prep in Ramsey, NJ, where he met a group of young men - Ed, Bob, Scott, Billy, Mike, and Wayne - that would remain his closest friends until his final days. David took great pride in his education. After graduating from Don Bosco Prep, he followed in his father's footsteps and joined his brother Mark at the University of Notre Dame. There, David would graduate with honors, earning a degree in Psychology. The next chapter of David's education would take him to the University of Oregon, where he earned his Master of Science degree in Psychology. In 1990, David completed his doctoral dissertation and earned his Ph.D. from New York University. Thereafter, David would be known by the moniker "Dr. Dave" by his devoted patients at Hackensack University Medical Center and his private practice. Dr. Dave was a gifted psychologist who would go on to help thousands of patients over a long and distinguished career. In fact, upon hearing of David's declining health, one of his former patients wrote a beautiful song that summed up David's unconditional love for all. One of the most fitting lyrics went like this: "No matter what I've done and no matter what I'd say, you've always stood beside me and made me feel okay." David was the embodiment of his name "beloved." He befriended everyone he met - including neighbors, doctors, barbers, and even strangers. However, family came first for David. He was hopelessly devoted to his wife Patricia whom shared in his passion for spirituality, knowledge, and adventure. They lived together in Ramsey, NJ, for many years before retiring to Morganville, NJ, two years ago. Anyone that knew David would tell you that his daughter, Kathryn, was the brightest light in his life. However, in 2018, she gave him a granddaughter, Leila, who perhaps burned even brighter. Leila was a source of indescribable pride and joy for David. If you ever met him, he would surely share a picture of Leila with you. Beyond the people in David's life, he enjoyed playing the piano and golf, reading, learning, cooking, eating, traveling, and watching Notre Dame and Oregon University football. He believed that everyone regardless of faith, was One in God's love. In fact, his lifelong wish was to know God, and that wish has now been fulfilled. We know he is resting peacefully in God's loving hands. He will always be with us in spirit and in our hearts. The greatest legacy we could give him would be for each of us to love every person we encounter each and every day. He's now re-united with his brother Mark, sister Roberta, his parents and his father-in-law. All of whom he loved dearly. David was preceded in death by his father, Robert E. Schaub, his mother, Angela Ann Vitabile, his brother, Mark Schaub, and his sister, Roberta Keay. He is survived by his loving wife of almost 20 years, Patricia, his daughter and son-in-law, Kathryn and Dimitri Vallis; granddaughter Leila; his mother-in-law, Nancy Tripi; his brother-in-law, Roger Keay; his sister, Lisa Savalin and her husband Leo; his niece, Christine Schaub; his sister-in-law Susan Schaub; and several other nieces, nephews, and in-laws. A Mass of Christian Burial will be celebrated on Saturday, January 8, 2022, 10:00 AM at St. Gabriel the Archangel Church, 88 E Saddle River Rd., Saddle River, NJ 07458. Face masks required. Entombment will follow in St. Gabriel Mausoleum and Cemetery, 549 CR 520, Marlboro, NJ 07746. In lieu of flowers, please send donations to the Pulmonary Fibrosis Foundation, www.pulmonaryfibrosis.org.

Dr. David E. Schaub, 66, of Morganville, NJ, passed away on Sunday, December 26, 2021, at the Bayshore Community Hospital in Holmdel, NJ surrounded by his family and friends. David was born in 1955 to his proud parents, Robert Eugene and Angela... View Obituary & Service Information

The family of David Schaub created this Life Tributes page to make it easy to share your memories.

Send flowers to the Schaub family.